Simple Strategies for Empowering Girls in the Secondary ELA Classroom 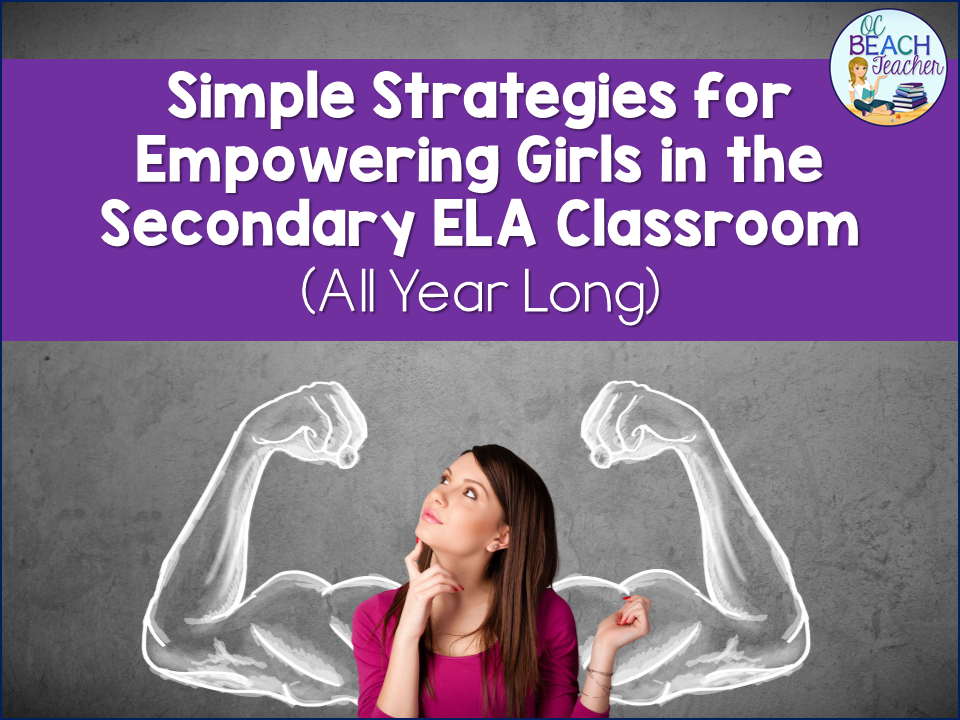 Women’s History Month is a great time to acknowledge the accomplishments of women and discuss the many obstacles they’ve overcome, along with the many issues girls and women still face in modern society. However, teachers with packed curricula may find it challenging to fit in additional lessons. That’s why I’ve provided simple strategies that help teachers incorporate female role-models and women’s issues into their current lessons and throughout the school year – not just during Women’s History Month.

Since many curriculums use similar texts, it may be as simple as finding new ways to teach these classics. Challenge students (both girls and boys) to consider new perspectives and incorporate different interpretations of literature. Here are some ideas:

For The Great Gatsby, ask…

For The Crucible, ask..

In To Kill a Mockingbird, ask…

In Romeo and Juliet, ask…

In a Raisin in the Sun, ask… 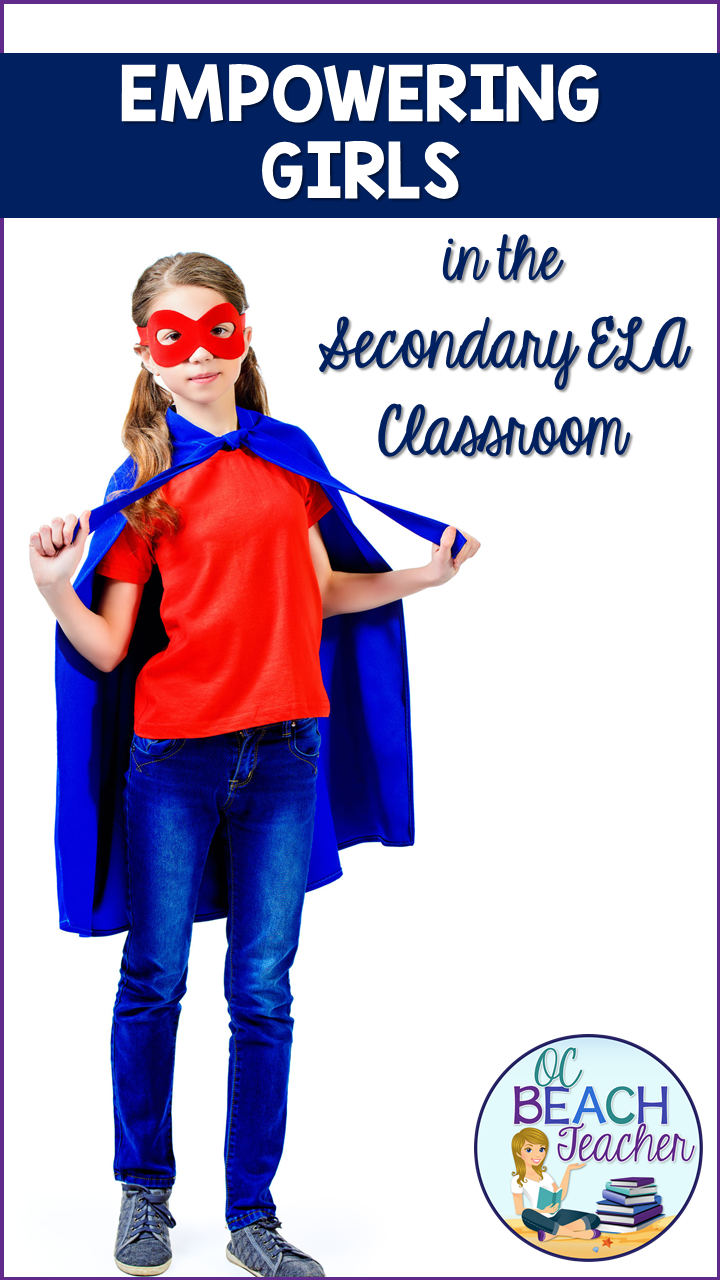 Girls need characters who can be role models and who can contradict traditional images of girls and women.

Katniss in Hunger Games
She’s hunts and fights and is fiercely independent. She’s also intuitive, caring, loyal, and empathetic, traits that make her thrive off her femininity while breaking conventional female stereotypes of weakness, vulnerability, and fragility.

Kirsten Raymonde in Station Eleven
Another strong female in a dystopian novel, Kirsten is brave, strong-willed, and determined to lead a meaningful life beyond simple survival.

Charlotte Doyle in The True Confessions of Charlotte Doyle
She’s only a tween (just 13-years-old) but she transforms into an independent and free-thinking young woman on her tumultuous journey to America aboard the ship the Seahawk. Disguised as a boy, she is subversive and challenges boundaries of proper female appearance and behavior.

Jo March in Little Women
It comes as no surprise that tomboyish, bold, and outspoken Jo March serves as a feminist role model. She works as a writer when women weren’t allowed to have jobs, and she resists marriage for most of her life until she finally accepts a proposal from a German professor who values her writing talent and independent nature.

Meg Murry in Wrinkle in Time
Girls have traditionally been viewed as having weak math and science skills, but headstrong Meg Murry shows readers that they can be gifted in those subjects. She frequently displays her anger (an unladylike emotion) and displays her courage when she seeks to save her father.

Xiomara in Poet X
Constantly challenged by gender and cultural stereotypes, Xiomara resists the sexual harassment of the men in her community and the rigid submission espoused by her Catholic mother. By following her poetic voice, Xiomara gains a better understanding of her true self and a desire to be a strong woman.

These speeches are excellent texts to use in both English and Social Studies classes. I’ve become familiar with them as an American Literature teacher but their value is obvious in other content areas as well. 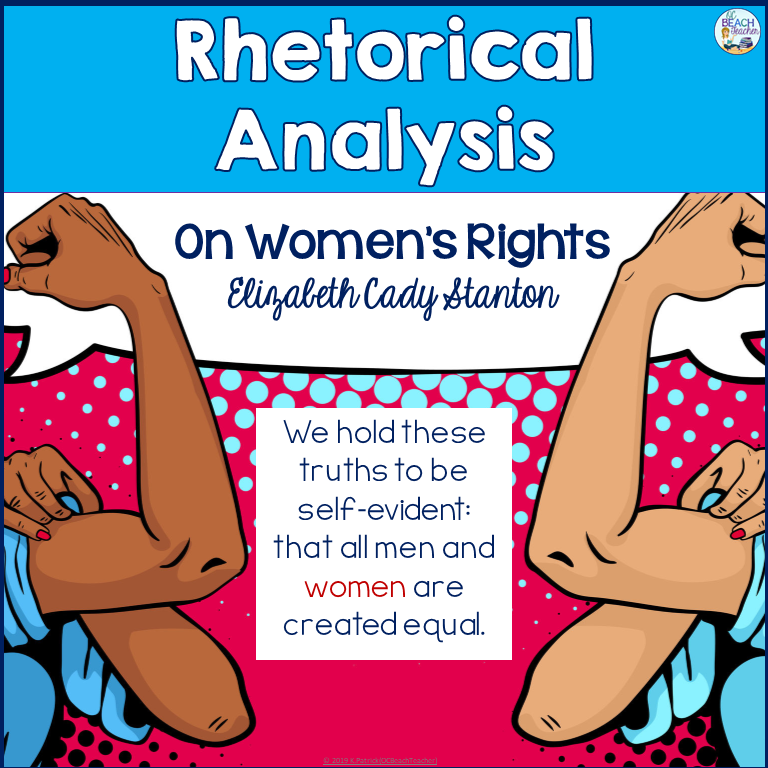 Sojourner Truth “Ain’t I a Woman?”

A former slave, Truth spoke at the Women’s Convention in Akron, Ohio, on May 29, 1851 to advocate for both African American and Women’s Rights in this short, compelling speech.

In this speech, Catt discusses how women have provided needed services during WWI and deserve equal recognition and rights after the war.

Long before running for president, Clinton gave this persuasive speech at the U.N. 4th World Conference on Women Plenary Session in September 1995. She noted that

Gloria Steinem “Address to the Women of America”

Given in 1971 at the founding of the National Women’s Political Caucus (NWPC), Steinem calls for a revolution against sexism, misogyny, and racism. She became known as one of the United State’s greatest feminist advocates.

You can find more speeches by women at this American Rhetoric website.

Educated
This 2018 memoir tells Tara Westover’s story of how education freed her from her fundamentalist Mormon family and abusive brother. After years of trying to reconcile with her family, she ultimately realized that she needed to care for herself and abandon them.

The Glass Castle
In this book, Jeanette Walls also tells her story of surviving in a dysfunctional family and overcoming the hardships of poverty. Like Westover, education provides freedom and Walls leaves her parents; later, she also tries to help her siblings escape her parents’ influence.

I Am Malala
In this 2013 autobiography, Malala tells her story of resisting the Taliban and advocating for girls’ education, only to be shot in the head at the age of 15. It then tells of her miraculous recovery in England and continued activism.

The Diary of Anne Frank
This world-wide classic is essential reading for all students as it reveals Frank’s experiences during the Holocaust. Despite horrible treatment in the war, she keeps her faith in humanity and retains her unbreakable spirit. Although she died in a concentration camp, she lives forever in the words of her diary.

My Beloved World Sonya Sotomayor
Supreme Court Justice Sotomayor tells about her childhood growing up in the Bronx and overcoming a variety of hardships. She recalls her academic accomplishments including becoming valedictorian at her high school and then continuing her education at Princeton and Yale before becoming a federal judge.

There are absolutely too many outstanding books to recommend, so you may find others that would interest your students here.

5. Use argumentative writing and discussion to provoke critical thinking.

Include prompts about women’s roles in society and discuss the gender stereotypes that often come up during class. Be sure to have students research these topics and gather information from reliable resources. Here are some topics to get you started:

1. Why do women change their names?

(It’s always fun and eye-opening to students if you ask the boys if they would change their last name for their wives.) I love having this discussion with my students when I teach the poem, “Naming Myself” by Barbara Kingsolver.

2. Could a woman win the presidency in the next election?

This is especially relevant with the upcoming presidential election. Extend the discussion and ask students to defend why they believe a woman or man would be better suited to the presidency.

3. Should women be allowed to play with men in professional sports such as the NFL or NBA?

Women are champion athletes in many sports including basketball, tennis, golf, soccer, baseball, and others, but they are usually in separate leagues from men. Furthermore, they are paid less than similar male athletes. Add a discussion of female coaches in male dominated sports.

4. Has the #metoo movement gone too far?

Women have endured sexual abuse and harassment throughout history and the #metoo movement has focused more attention on these problems. But some argue the movement is going too far. Here’s a resource from The New York Times to help start this conversation with your students.

5. Why do women continue to be paid less than men?

As recently as 2018, full-time, year-round female workers made only 82 cents for every dollar earned by men. Despite having the same education and increased responsibility for family incomes, women continue to earn 18 percent less than men. Elaborate on this topic by discussing the consequences of this pay disparity. For instance, how does it affect women who are single mothers?  How is different for single fathers?

6. How do female standards of beauty impact girls? Models in America typically require women to be tall and slim. They should have big breasts and a small waist. Have these expectations changed in recent years?  What pressures do teenage girls feel about their appearance today?  How does social media exacerbate these standards?  Students will likely have lots to say.

These discussions may get emotional at times, so it’s important to establish a culture of respect in your classroom.  Allow students to have differing opinions but make sure they behave courteously. For many students, this may be the first time they’ve discussed these controversies outside their homes or circle of friends.

Of course, when adding these lessons into your instruction, it’s important not to ostracize the boys. Be sure that you support your boys and encourage them to be more knowledgeable and sensitive men. It may also be a good idea to broaden your lessons and include discussion of male stereotypes and labels, too!

What discussion topics would you add? What books and texts would add to the ones from above?  Please include them in the comments below. 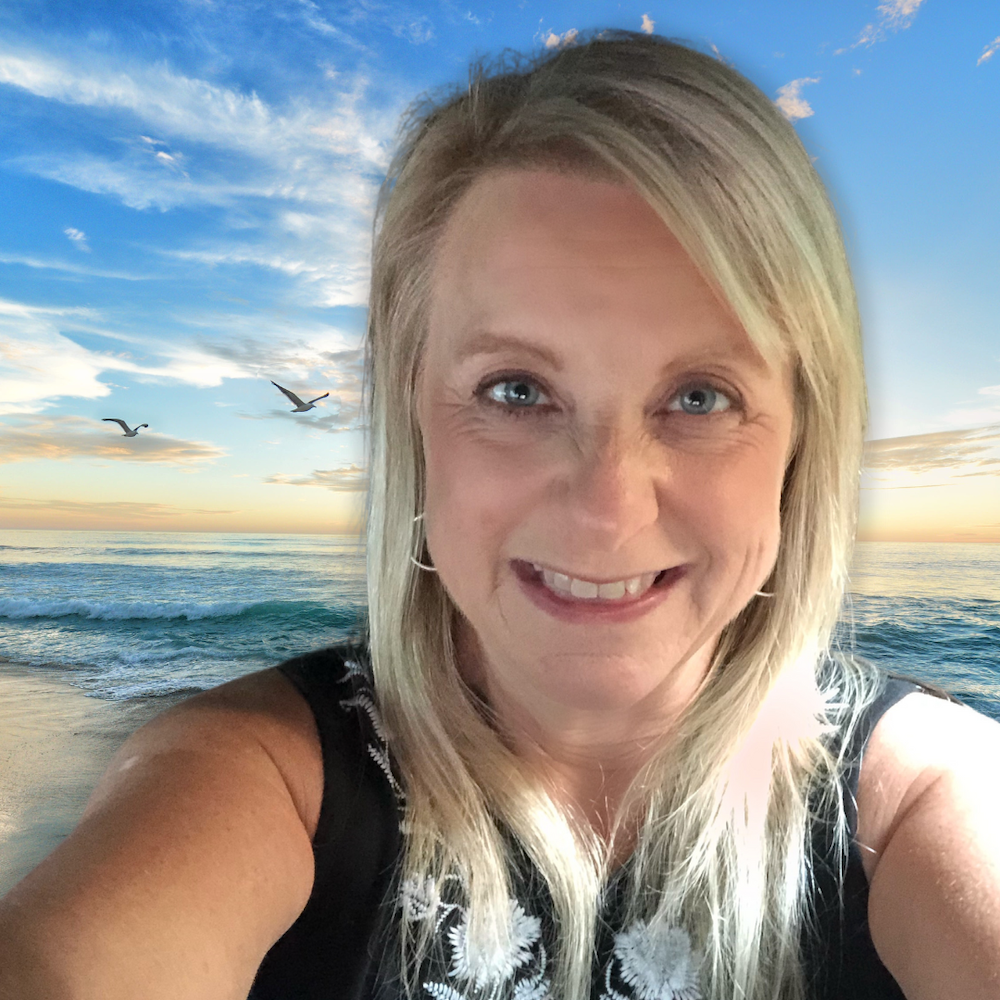